In the late fifties, Vito, the second of four children of Severino joins the firm, chosen by his father to continue the activity. Skilled in design and creative, Vito Artioli has always helped his father in the workplace, especially in summer.

After finishing his studies in Italy, he hold a long and formative experience in the U.S.A. where he also studied marketing and public relations at the MIT of Boston.

Back to Italy, he deepened his expertise in the footwear industry, graduating as Model Maker and Footwear Designer at Ars Sutoria Milan.

Having gained strong experience and skills, Vito Artioli began to deal with the sale of his shoes, at that time aimed for 80% of Calzaturificio di Varese shops.

Orders are not satisfactory: not only stores pay little, but also force the Star to produce models that Vito Artioli considers old and outdated.

He decides to start drawing his collection on a completely innovative base and, at the same time, stylistically refined in form, design and materials.

These new collections, while drawing on the craft technique of dad Severino that ensure the product lightweight, fit and sound almost imperishable by time, allow Vito to shine first in nearby Switzerland and soon in the Benelux, France and England.

The success is likely to push his fortune in the United States of America by entering into stable ties with U.S. clothing stores, which appreciate Italian name “Artioli” more than “Star”, and sales success marks the birth of the brand “ARTIOLI”.

In 1966, the name changes to “Calzaturificio Star di Severino e Vito Artioli Snc”. In the U.S.A. the success of its innovative shoes, including the use of exotic skins, especially the ostrich, is likely to provide the necessary capital for a decisive modernization of facilities and structures of the factory. 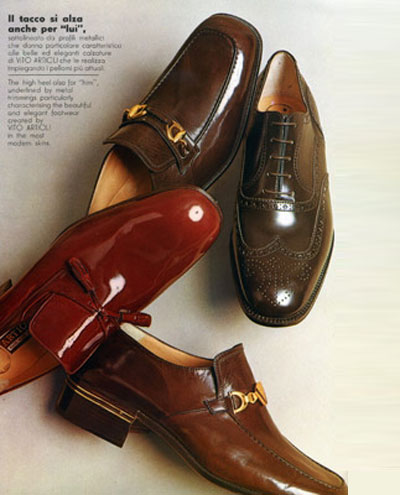 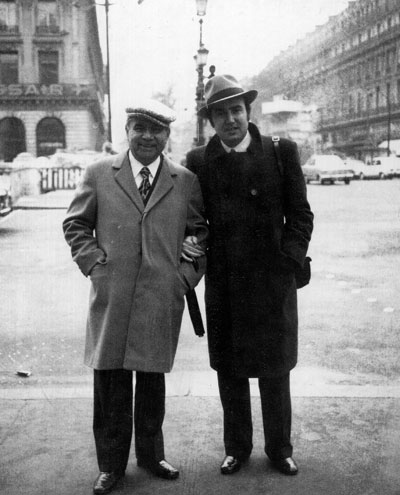